Time Lines and the Lense of Time (1)

Time is funny stuff. Although I'm getting pretty old, I still remember a day in 1950, just before my fourth birthday, when I had, perhaps, my first life-defining intellectual breakthrough. It had to do with numbers and time. 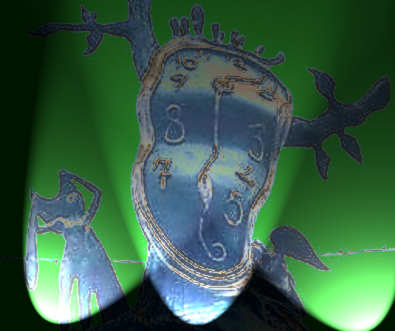 At that impressionable age, I was teetering on the threshhold of understanding what numbers were for. I had learned to count: won, too, free, for, five - for the fingers on my one hand. Thith, theven, ate, mine, ten - for the other hand. And even though I didn't have enough fingers and toes to make it entirely relevant, I had faithfully practiced and learned the names of all the numbers right up to a hundred. To top that off I had learned the name of some numbers I couldn't even comprehend, like ninteen-fifty. I was a real intellectual giant ... almost as smart as the big kids (five-year-olds) who went to school ... and I wasn't even four, yet.

On the day in question, for reasons I'm sure I couldn't have understood at that age, as we were talking about years and birthdays, my dad (he was always trying to prod us kids into understanding difficult things), said:

«Next week you'll be four years old. This year is ninteen fifty ... in fifty years it will be the year two thousand .... » he followed this enigmatical statement with a poignant pause ... I just knew something significant would be coming after that pause.

Four years I could do. I could count them up on the one hand and still have my thumb left over. And that gave the thumb a special meaning ... next year I would be five years old and then I could use it ... by then I would be all grown up and going to school.

But Dad wouldn't let it slide: giving the mentor scalpel in my brain a final twist, he finally said «HOW OLD WILL YOU BE IN FIFTY YEARS?» My nearly four-year-old mind blanched ...

Of course, Dad helped me muddle through to get the right answer: «fitfy, fifty-one, fifty-two, fifty-three, FIFTY-FOUR!» It wasn't hard, and I'm sure I was proud to have figured it out. I was, after all an intellectual giant ....

But for days and weeks afterwards my mind was in a bubbling turmoil. Not because of the 'fifty-plus-four-makes-fifty-four' thing, but because of the fifty-years thing and the year-two-thousand thing, and the age issue. It was gradually sinking in that Dad really believed that I, a little kid, someday in the future might really be fifty years old, or even worse fifty-four. And Dad knew everything there was to know about everything.

When you're little, you have a nice, neat age that you can count on one hand, or maybe - as in the case of my very old and very grown up sister – on two hands, but age was fathomable, countable, demonstratable. But FIFTY, it could just as well be a zillion years old ... do people really live that long?

During the next few days I persued the issues as best I could ... first, I asked Dad and Mom how old they were: thirty-five and thirty-six, they told me. Wow! that was old! But even then, not as o-o-o-old as fifty. In the next phase, I asked them how old Gramma and Grampa were - they were after all the oldest people I knew of. «Fifty-four and fifty-six», came the answer.

Well ... time passed, as it always does, and long before I arrived at the mature age of five the crisis had passed.

But every instant of every day between that day in 1950 and the millenium, I knew for a fact that I would be fifty-four in the year 2000.
Posted by Steven Meglitsch at 8:08 PM

Labels: Growing up in Des Moines 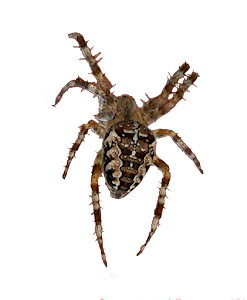